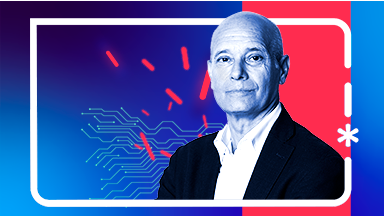 Dr. Marco Silari graduated in physics in 1982 and obtained a PhD in medical physics in 1985 at the University of Milano. From 1984 to 1995 he was researcher with the Italian National Research Council (CNR) in Milano. He spent the first two years of this period as visiting scientist at the MRC (Medical Research Council) Cyclotron Unit at the Hammersmith Hospital in London (UK), where he worked on the installation of a 40 MeV proton medical cyclotron. From 1987 to 1991 Dr. Silari carried out research work on applied nuclear and radiation physics. From 1991 to 1995 he worked with Prof. Ugo Amaldi on the Italian Hadrontherapy Project, where he was project leader for the feasibility study of the National Centre for Oncological Hadrontherapy (CNAO), which in 2011 started patient treatments in Pavia, near Milano. He was Scientific Associate at CERN from September 1994 to October 1995. He is CERN staff member since 1996, senior physicist since 2001. He was responsible for radiation protection around the SPS, PS and LEP accelerators, for radiation protection of LEP decommissioning and has been involved with radiation protection studies of the LHC experiments and for future CERN accelerators. Within the Radiation Protection group he is now responsible for special projects, which include detector R&D for radiation dosimetry and medical applications, and radiological characterization of materials for the free-release in Switzerland. He has been scientist-in-charge of the EU Marie Curie projects RADENV (2006-2009) on accelerator radiation protection and ARDENT (2012-2016) on advanced radiation dosimetry. ARDENT involved 14 institutes, universities and private companies worldwide with CERN as coordinator. He is member of two working groups of the EURADOS (European Dosimetry Group) and member of the EURADOS Council since January 2020. Throughout the years, Dr. Silari has maintained a keen interest in Medical Physics and an academic interest as supervisor of many master and PhD students. He has taught for 13 years at the PhD School of Medical Physics in Milano. He is co-author of more than 200 scientific publications and holds two patents.