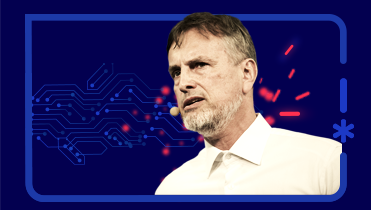 Jürgen Schmidhuber is the Scientific Director of the Swiss AI Lab IDSIA in Switzerland, a Professor of Artificial Intelligence at the University of Lugano and the Co-founder and Chief Scientist of the company NNAISENSE, which aims at building the first practical general purpose AI. Since age 15 or so, his main goal has been to build a self-improving Artificial Intelligence (AI) smarter than himself, then retire. His lab's Deep Learning Neural Networks (such as LSTM) based on ideas published in the "Annus Mirabilis" 1990-1991 have revolutionised machine learning and AI.

In 2011, his team was the first to win official computer vision contests through deep neural nets, with superhuman performance. In 2012, they had the first deep NN to win a medical imaging contest (on cancer detection). This attracted enormous interest from industry. His research group also established the fields of metalearning, mathematically rigorous universal AI and recursive self-improvement in universal problem solvers that learn to learn (since 1987). He is recipient of numerous awards, author of over 350 peer-reviewed papers. He is a frequent keynote speaker, and advising various governments on AI strategies.