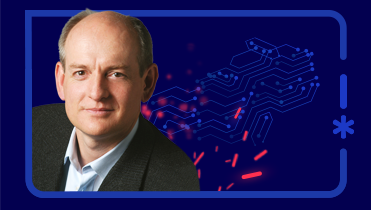 Stuart Russell is a Professor of Computer Science and Smith-Zadeh Professor in Engineering, University of California, Berkeley and Honorary Fellow, Wadham College, Oxford.

His book "Artificial Intelligence: A Modern Approach" (with Peter Norvig) is the standard text in AI; it has been translated into 14 languages and is used in over 1400 universities in 128 countries. His research covers a wide range of topics in artificial intelligence including machine learning, probabilistic reasoning, knowledge representation, planning, real-time decision making, multitarget tracking, computer vision, computational physiology, and philosophical foundations.

He also works for the United Nations, developing a new global seismic monitoring system for the nuclear-test-ban treaty. His current concerns include the threat of autonomous weapons and the long-term future of artificial intelligence and its relation to humanity. The latter topic is the subject of his new book, "Human Compatible: AI and the Problem of Control" (Viking/Pengun, 2019).