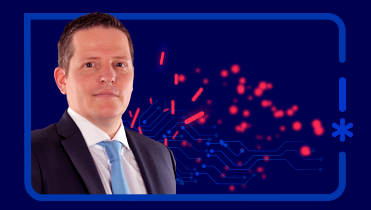 Dr. Jean-Marc Rickli  is the head of global and emerging risks at the Geneva Centre for Security Policy (GCSP) in Geneva, Switzerland. He is also the co-chair of the NATO Partnership for Peace Consortium (PfPC) on Emerging Security Challenges Working Group and a senior advisor for the Artificial Intelligence Initiative at the Future Society. He represents the GCSP in the United Nations in the framework of the Governmental Group of Experts on Lethal Autonomous Weapons Systems (LAWS). He is a member of Geneva University Committee for Ethical Research and of the advisory board of Tech4Trust, the first Swiss startup acceleration program in the field of digital trust and cybersecurity. He is also a non-resident fellow in emerging and disruptive technologies and future warfare at TRENDS Research in Abu Dhabi..

Prior to these appointments, Dr. Rickli was an assistant professor at the Department of Defence Studies of King’s College London but based at the Qatar National Defense College in Doha and at the Institute for International and Civil Security at Khalifa University in Abu Dhabi. In 2020, he was nominated as one of the 100 most influential French-speaking Swiss by the Swiss newspaper Le Temps. Dr. Rickli received his PhD in International Relations from Oxford University. His latest book published by Georgetown University is entitled Surrogate Warfare: The Transformation of War in the Twenty-first Century.