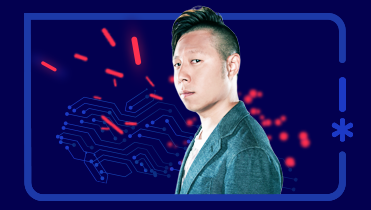 Hao Li is CEO and Co-Founder of Pinscreen, a startup that builds cutting edge AI-driven virtual avatar technologies. He is also a Distinguished Fellow of the Computer Vision Group at UC Berkeley. Before that, he was an Associate Professor of Computer Science at the University of Southern California, as well as the director of the Vision and Graphics Lab at the USC Institute for Creative Technologies. Hao's work in Computer Graphics and Computer Vision focuses on digitizing humans and capturing their performances for immersive communication, telepresence in virtual worlds, and entertainment. His research involves the development of novel deep learning, data-driven, and geometry processing algorithms. He is known for his seminal work in avatar creation, facial animation, hair digitization, dynamic shape processing, as well as his recent efforts in preventing the spread of malicious deep fakes. He was previously a visiting professor at Weta Digital, a research lead at Industrial Light & Magic / Lucasfilm, and a postdoctoral fellow at Columbia and Princeton Universities. He was named top 35 innovator under 35 by MIT Technology Review in 2013 and was also awarded the Google Faculty Award, the Okawa Foundation Research Grant, as well as the Andrew and Erna Viterbi Early Career Chair. He won the Office of Naval Research (ONR) Young Investigator Award in 2018 and was named named to the DARPA ISAT Study Group in 2019. In 2020, he won the ACM SIGGRAPH Real-Time Live! “Best in Show” award. Hao obtained his PhD at ETH Zurich and his MSc at the University of Karlsruhe (TH).