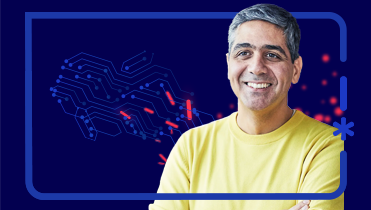 Koray is the Vice President of Research of DeepMind and one of the world's foremost experts in deep learning. He previously led the deep-learning team at DeepMind, where he led the research teams that pioneered algorithmic breakthroughs including DQN, IMPALA and WaveNet, which powers the voice of the Google Assistant for millions of users around the world.

Before joining DeepMind, Koray was a researcher at NEC Labs America. He holds a masters in aerospace engineering and a PhD in computer science from NYU, where he was part of Yann LeCun’s group within the Computational and Biological Learning Lab working on unsupervised learning and multi-stage architectures for object recognition.