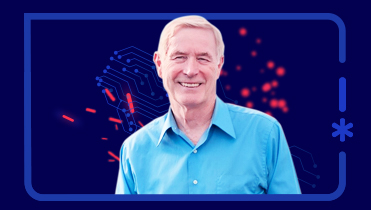 Tony Hey is a Fellow of the Royal Academy of Engineering, the Association for Computing Machinery, and the American Association for the Advancement of Science. At the University of Southampton in the UK, his parallel computing research group designed and built one of the first distributed memory message-passing computers using innovative Inmos transputers. He was later Head of the Electronics and Computer Science Department at Southampton and also Dean of Engineering. In 2005 he was awarded a CBE for Services to Science after leading the UK’s eScience initiative.

After 10 years as Corporate Vice President for Technical Computing in Microsoft in the US, he returned to the UK and has been Chief Data Scientist at STFC’s Rutherford Appleton Laboratory since 2015. He was one of the originators of the MPI message passing standard in 1992 and was awarded the 2019 Lifetime Achievement Award by the International Open Benchmark Council. In 2020 he chaired a US Department of Energy subcommittee that explored ‘the opportunities and challenges from Artificial Intelligence and Machine Learning for the advancement of science and technology’ or, as a shorthand, ‘AI for Science’.

Tony Hey is also the co-author of three popular books on science and computing –‘The New Quantum Universe’, ‘Einstein’s Mirror’ and ‘The Computing Universe’ – as well as the well-known  graduate text ‘Gauge Theories in Particle Physics’ with Ian Aitchison. He has just completed editing a new edition of ‘The Feynman Lectures on Computation’.