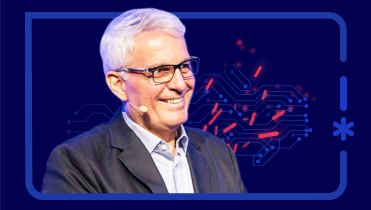 Bruno is the Global Curator of TED, the organization behind the TED conferences and the popular online TEDTalks, and the co-organizer and Lead Curator of TED's climate initiative, Countdown.

Bruno is also the former Chairman of the Geneva International Film Festival and Forum on Human Rights (FIFDH), which takes place every year in March (see teaser) and a member of the Board of Directors of Tinext Group, a Swiss software firm he co-founded. In 2011, 2012, 2014 and 2015, the magazine Wired UK selected him as one of the "Wired 100", the 100 most influential Europeans. In January 2016 he received the "SwissAward/Person of the year 2015" in the category Economy.