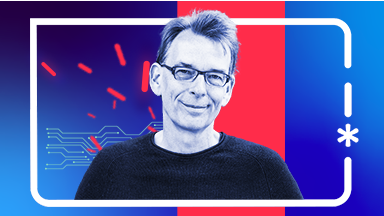 Rolf Apweiler is Director of EMBL's European Bioinformatics Institute (EMBL-EBI), together with Ewan Birney. Prior to this position he was Joint Associate Director, after many years of leading protein resources such as UniProt and InterPro. Rolf has made a major contribution to methods for the automatic annotation of proteins, making it possible to add relevant information to proteome sets for entire organisms. He has spearheaded the development of standards for proteomics data, and his teams have maintained major collections of protein identifications from proteomics experiments (PRIDE) and molecular interactions (IntAct). He also led EMBL-EBI’s contribution to the Gene Ontology, was Director of Open Targets, and is now leading the efforts of EMBL-EBI around the European COVID-19 Data Platform.

Rolf received his PhD from the University of Heidelberg in 1994, and has been at EMBL since 1987. His major contribution to the field of proteomics was recognised by the the Human Proteomics Organisation’s “Distinguished Achievement Award in Proteomics” in 2004 and his election to President of the Human Proteomics Organisation, which he held in 2007 and 2008. In 2012, he was elected as a member of EMBO, in 2015 he was elected to an ISCB (International Society for Computational Biology) fellow, and in 2022 he was elected to a Member of the Academia Europaea. Rolf also served over many years on a multitude of Editorial Boards and Scientific Advisory Boards.